A PROVEN TREATMENT FOR TRICHOTILLOMANIA IS HYPNOSIS (AND EFT TAPPING) 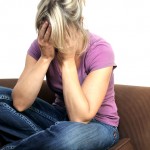 Hypnosis works — often when nothing else has.

Early in 2002, a young woman came into my office. She shared her embarrassment about her hair pulling which affected almost every aspect of her life. She was afraid to go swimming in case someone noticed her bald spot. Walking into the locker room made her uncomfortable. She hated having to wear her hair in one style to hide her bald spots. She was in a constant state of embarrassment.

She tried wearing gloves at night. That didn’t work. She carried a stress ball with her. Nothing stopped her from pulling.

I quickly learned how much shame trichotillomania can cause.

Hypnosis and EFT Tapping to stop her trichotillomania were her last resort.

STOP THE SHAME OF HAIR PULLING

“Since I was about 10 I have dealt with hair pulling, or trichotillomania. I was in no way the worst case, but I lived in a constant fear that someone would see a bald spot and start asking questions.

I have tried prescriptions, behavior modification and therapy over the years and nothing ever worked. On a whim, I decided to try Hypnosis. I was absolutely amazed. I can now stop myself before I even start, and the majority of the time the thought no longer even enters my head.

I would recommend Hypnosis to anyone seeking a positive change in their lives. It was truly a great decision to go to Wendy.” -Jennifer R., age 28, Chester Springs, PA

HYPNOSIS IS A PROVEN TREATMENT FOR TRICHOTILLOMANIA

There’s more than one way to treat and stop trichotillomania. Most people (maybe you) are unsuccessful with the “willpower treatment”.

Willpower requires that you be fully aware of what your hands are doing every moment of every day. Then you use all the willpower you can muster to keep your hands away from your hair, and even sit on them to prevent hair pulling.

Therapy is another treatment for trichotillomania and has been used for decades. Therapy often includes willpower and can be effective, however, it can take years to overcome the pulling habit.

Using hypnosis along with EFT Tapping for the treatment of trichotillomania is a proven rapid, effective way to stop the habit of pulling hair. This is because Hypnosis and EFT Tapping addresses many of the underlying issues and helps you to easily substitute a healthier habit.

“I have been seeing Wendy (via Skype) since last October.  She has been amazing.  I’d been dealing with trich for the last 8 years.  I’ve tried every treatment known to man.  I was desperate and ready to give up.  So I called Wendy.  She was so gentle and really understood my pain.  Through her different strategies, we dealt with a lot of deep wounds that I thought I had dealt with.  It was so freeing and healing.  I’ve enjoyed my journey with Wendy. I would highly recommend her to anyone dealing with trich or any other emotional issue.  I’m forever grateful!”  Faith M., San Francisco, California

HOW DID IT START?

Often trichotillomania starts at an early age – generally between 8-14 years old. Though I’ve had clients as young as 7 who pull their hair and as old as 55 who have been stuck with the habit of pulling their hair.

The onset of trich is not always clear. One theory for trichotillomania states that a stressful or traumatic event, such as moving or the loss of a loved one, or a family conflict precedes the onset of hair pulling and then hair pulling begins, in an attempt to relieve tension caused by a stressful event.

Trichotillomania may even begin in response to what a child may perceive as excessive demands from an authoritarian or an overbearing parent, worries about social life, even concerns about school.

Over time most people don’t know what triggers trich, but often it becomes a habit that feels shameful and feels almost impossible to overcome.

Click here for a FREE Hypnosis Audio:”GET IN CONTROL OF TRICH”

Mary was a lovely 36-year-old woman who had been pulling her eyelashes out since she was about 6 years old. She had given up all hope of ever seeing her lashes grow and wearing mascara. A friend had read that trichotillomania can be overcome easily with hypnosis, so Mary made an appointment.

During her first three sessions, we worked together on her hair pulling habit. Using hypnosis and EFT (the Emotional Freedom Technique), she created a new habit to replace her old one. After each session, she noticed that she was pulling less and less.

By the tenth session, Mary hadn’t pulled her hair for a month.

She was amazed that her trichotillomania was over.

A year later she sent me a photo and a note. She was smiling and happy. Her beautiful eyelashes had grown in and she had replaced her glasses with contacts. Her note read “Trichotillomania – gone!”

“I was surprised that hypnosis could help to cure my trichotillomania. Before I went to see Wendy I didn’t think I could ever overcome my trichotillomania and I almost gave up. After the first session I found myself actually wanting to practice my new skills and felt confident in myself. I’m very happy that I can finally control myself and have overcome my disease. What I learned was that being patient and staying strong really makes you feel better about yourself. – Rachel Alwyne, age 20, Philadelphia, PA

CAN I PERMANENTLY GET OVER TRICHOTILLOMANIA?

Yes. Other girls and women have and you can too.
Getting help with hypnotherapy and EFT Tapping is the easiest way to overcome your trichotillomania.

“I am SO excited that my hair is growing. It feels incredible especially after struggling for over 15 years! I’ve tried so many other techniques that I almost gave up. I love your approach. It has permanently changed my mindset and I am so grateful. Thank you!” Shannon Thompson, CA

As a Certified Hypnotist I help you work directly with the part of your mind that keeps repeating your old habit of pulling your hair. As a result you create a new and healthy habit which will replace your hair pulling – permanently.

Is hypnosis a magic pill? Of course not (though sometimes it feels as if it is).

BUT YOUR OFFICE IS TOO FAR FROM ME

Skype and zoom.us are easy alternatives if you live far from Wayne, PA. Women from as far as Australia, Chicago, and Michigan have overcome trich over Skype calls.

While you are in the process of getting over the habit of hair pulling or trichotillomania, you’ll also learn a technique called Tapping (also known as EFT Tapping, the Emotional Freedom Technique). One major benefit of learning EFT is that you can use this to help you in other aspects of your life – to feel better, more confident, and reduce stress.

“I have had an excellent week this week. It has now been ten days since I last touched which I am very proud of!  I have had stressful tests, movies, boring classes and annoying friends but haven’t slipped once.  I have put into place my tapping everyday as well!”

HOW MANY SESSIONS ARE NEEDED?

Generally treatment for trichotillomania takes about ten sessions.  This is because it takes time to learn and integrate new habits and tools into your life.  (No one learns to drive a car safely in only one day! Each day you do your mental and physical practice and each week we work together to help you change so that you no longer pull. When trichotillomania is no longer an issue and you are in control you can use all that energy to do things that feel good and are helpful in your life 🙂

An important part of your program is to find new ways to handle stressors in your life and help you feel better about yourself.

MY ISSUE IS A BIT DIFFERENT. CAN HYPNOSIS STILL HELP?

It’s not unusual to have a different version of trichotillomania. Rather than pulling hair, some people have a habit of pulling their split ends apart. Some women even obsessively cut their split ends because they are so bothersome. Pulling eyebrows, eyelashes, pulling and cutting hair, can also be helped with hypnosis.

Feel free to schedule a consultation if you have more questions or want to schedule your sessions to get over your trichotillomania.

Learn More from The Center of Success

Hypnosis is a widely-recognized tool in helping individuals overcome fears or achieve life goals. Though often misunderstood thanks to misconceptions arising from television and movies, hypnosis techniques are becoming a mainstream and credible self-help vehicle to help all walks of people, including business professionals, executives, golfers, athletes, actors, entertainers, and much more. Learn more about hypnosis and how it can help you!

Get the Amazon Bestseller from Wendy Merron! 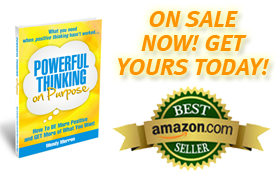